“Recognizing the fundamental importance of communications infrastructures as an essential element in the economic and social development of all countries.”

“Given the vital role telecommunications play not only in such obvious fields and emergency, health and other social services, administration and commerce, but also in stimulating economic growth and enhancing the quality of life, creating effective networks worldwide will bring immense benefits.”

“The Missing Link: Report of the Independent Commission for Worldwide Telecommunications Development,” 1984, ITU.

Based on the above backgrounds, BHN Association was established in 1992 as a non-governmental organization specializing in ICT by six leaders of telecommunication industries in Japan to support people in developing countries through Information and Communication Technology (ICT).

BHN Association has continued efforts to realize its vision since the first support activity for people afflicted by a catastrophic nuclear accident that occurred in 1986 at the Chernobyl Nuclear Power Plant.

Assistance you can give

Various kinds of support make BHN’s work possible. We need your generous support to provide safety and security to people living in developing countries and disaster-stricken areas, and to build sustainable societies. The BHN Association uses the knowledge and skills of senior citizens in its work to contribute to international cooperation. By all means please participate in our work as a supporter of the BHN Association. 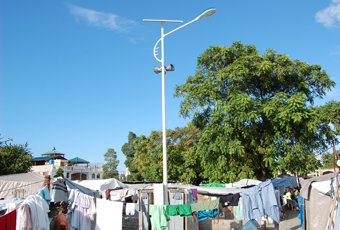